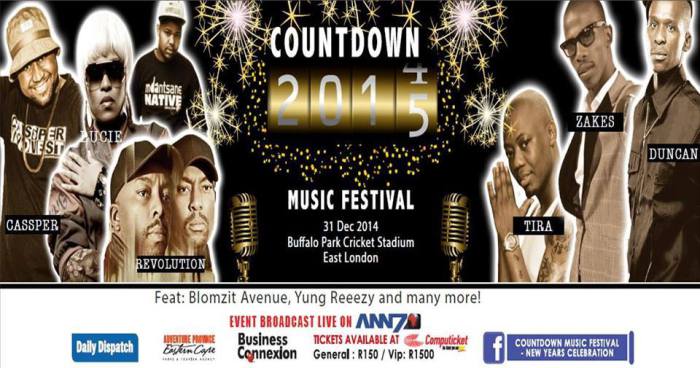 Party goers will ring in the New Year with some of the biggest names in South African music when East London hosts the first ever Countdown Music Festival. The bash, which kicks off on New Year’s Eve and continues into 2015, will take place at the Buffalo Park cricket stadium. 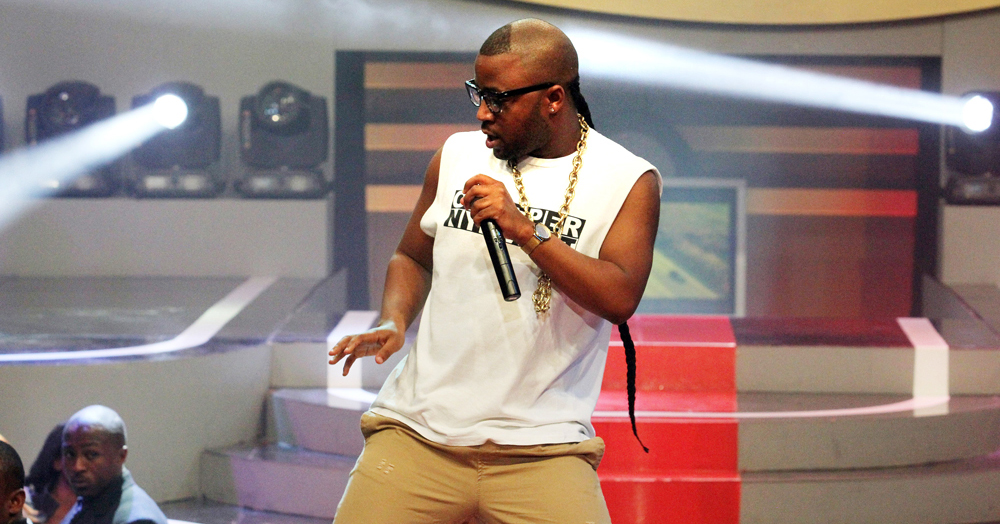 Organiser Sande Dotyeni said there was a need for a New Year’s event.

“Usually the Eastern Cape Province sees its people leaving and going to other metro’s where events are taking place, but because this event is taking place, more and more people are staying within the province to enjoy this festival. It is also a good opportunity to showcase the talent of this Province whilst in the same light promote the brand of the Eastern Cape.”

Dotyeni said they had also partnered with television station ANN7 (DSTV Channel 405) and would have the festival aired for one hour between the hours 23:00 until 00:15.

“Gates open at 2pm and the main show starts from 6pm until 4am the next day but ANN7 will only cross live close to midnight.” he said.

Dotyeni said that people must not be alarmed or be worried when they see the same artists on their lineup featured or performing at other events in cities outside Eastern Cape province.

On Sunday 28th of December 2014 the construction of the stage began and we saw coming into Buffalo Park the various productions teams. 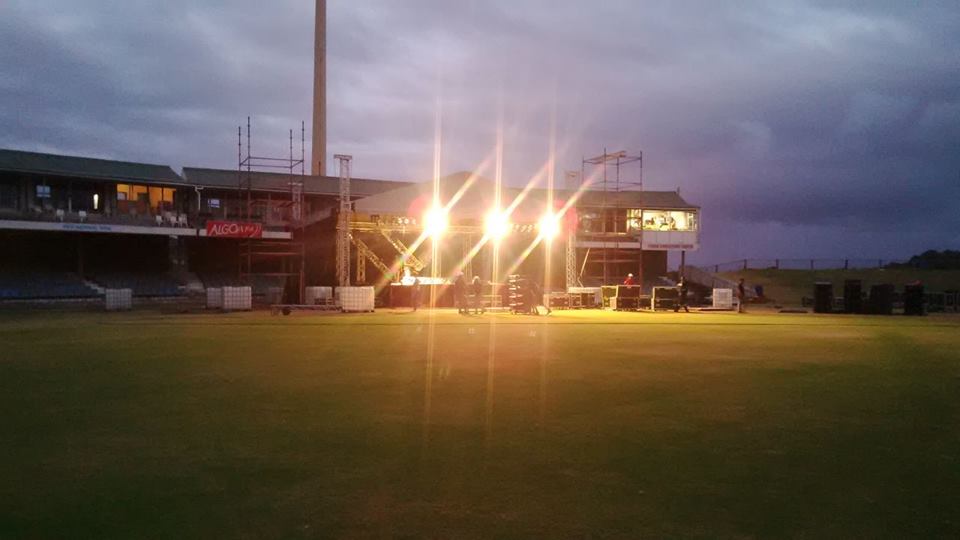 The Countdown Music Festival will take place on December 31 at the Buffalo Park Cricket Stadium. Dotyeni said general tickets for the show cost R150 and VIPs were R1500. General tickers were available at Computicket, Shoprite or Checkers and people can contact 0784952643 or email vip@emonticountdown.co.za or log into www.emonticountdown.co.za for VIP bookings.