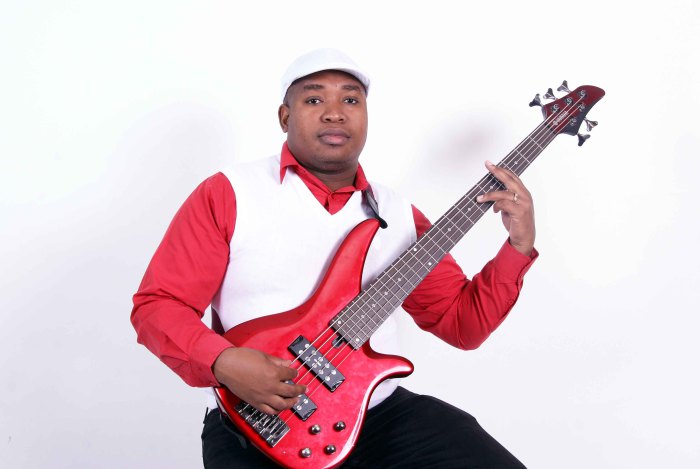 Thembelani Batala is an Eastern Cape Jazz Artist from Ndevana near King William’s Town.  He started singing and playing instruments in 1987 then played piano at church. In 1995, he joined a gospel group called “Lord Comforters” where he served as a pianist and a composer.

In 1996, Lord Comforters recorded a debut album where Thembelani served as composer and co-producer, that where he realized his talent. Later the year in 2003 he joined an East London Jazz Group called the Truimph Jazz Band where he played his marvelous bass guitar. The group’s success was accompanied by corporate, government, wedding and other kinds of bookings.

In 2010, Thembelani Batala released his debut solo album titled “Umasind’ezama” and it did not perform well but it didn’t end there as he continued to record his second studio album titled “Ungalahl’ithemba”. He released his second album under his new label “Dombo Entertainment” together with Miaay Sounds in November 2013, followed by numerous promotions across the country. The album is accompanied by “Ungalahl”ithemba” as the first single with a music video.

As a performing artist Thembelani Batala – shared the stage with the like of Ntando Bangani, Take Note, Madoda Malothana, Jonas Mgwangwa to mention a few.

To book Thembelani Batala for your events use the following information: