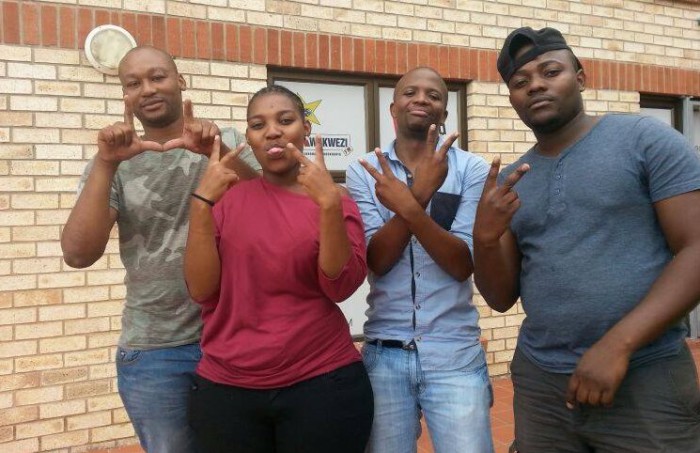 HeightsBridge is a hip hop group consisting of 3 members: Nyaniso Nyengane a.k.a. Nyana, Banti Mkunqwana a.k.a. Tedd B and Siseko Mafuya a.k.a. MaCee. The group was originally formed by Nyana & Tedd B in 2008 with just both of them as members, but after countless collaborations with MaCee it was decided he would be a perfect fit in the group and also bring a much required ballance. The Group is based in East London, with a new and distinctive sound mixed with English & Vernacular rhymes to attract fans from all walks of life.

The group was originally formed by Tedd B & Nyana in 2008 and originally stated that they would never incorporate another member, but with countless collaborations with MaCee and him showing his brilliance on the mic the Duo became a Trio. The name of the group is just a mix of Cambridge and Vincent Heights where the group members live. We also believe that going to Joburg is not the only way to make it in the industry and that if we make enough noise here, we will be heard and people will come to Eastern Cape for us.

The group has been around over five years and unfortunately took the time to push the music because all of us were busy studying, this severely hindered our growth as a music bran, but as of last year we able to start pushing the crew big time and have subsequently been doing a lot of Radio Station Interviews and our songs have been heard all over the Eastern Cape, which has led us to being play listed at Kumkani FM.