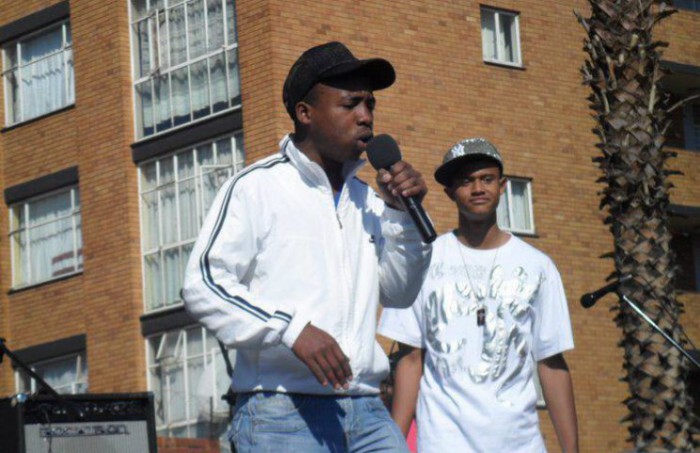 Lukhanyo Lionel Ncoko and my stage name is K-one. I was born and raised in East London at Mdantsane. I write most of my lyrics in Xhosa.

He started writing on 2004 while he was still doing Grade 8 at Sandisiwe Secondary School.  He fell in love with hip hop since then and he use to get inspiration from Zola, Groundzero with Trusenz and from people like Lynch Master from SnH (my neighbour). He was given an opportunity or a platform in Pretoria at LCI to perfom on stage everytime when there are occasions and that’s how many people got to know about K-One. He met some great guys like Dany Vambili, Raymond The Scribe and my close friend Bill Badi. Recently he did my two singles “Ufuna onjani?” And “Unomkhaba”, that’s I met met a humble soul called Kimosabe(formerly called Sixfo). His singles are getting airplay at Mdantsane fm and Radio Grahamstown.

2014: Something Out Of Nothing (Mixtape)

Gained air play at Mdantsane FM and at Radio Grahamstown. Perfomed at Aula hall at University of Pretoria on Heritage Day, Jubilee Park in Pretoria on the Youth Day(16 June), at LCI many times in Pretoria.