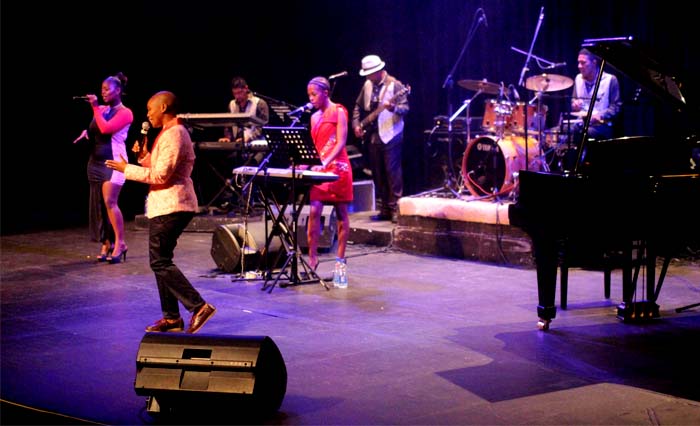 Wednesday, 17 September 2014 Guild Theatre was turned upside down by Eastern Cape vocalists: Thix’unathi, CeeBoo and LoveChild who performed their lungs out. Ghettofied Music believed that local talent should be nurtured and appreciated at an early stage as Eastern Cape’s entertainment industry is slow picking up the tides.  The trio performed two sets of the show with mellow and melodies on a live standard including the master piece collaboration tribute song they wrote for the late “Nolundi Ngxekana” of which they performed it on the 12th of July at BEATMagazineSA Awards 2014 at the same venue.

Randall Thomson, who is the director of Ghettofied Music, showed excitement about for days before the event took place because he knew that the girls will deliver. Almost 80 to 100 people attended the event, this shows that East London people have not yet graduated to accept a top gear in supporting local music and we are hoping that government officials whose mandate is to development arts and entertainment may see this as an outcome of being properly involved in local initiatives.

The province of the Eastern Cape is the highest producer of talent in South Africa but still lacking behind due to lack of financial and management support from both government and private organisations with vested interests in the industry. One of the biggest challenges that affect the development of the entertainment industry is the isolation between provincial entertainment and media, which opens a big gap to the main stream. Entertainment houses, artists and all the involved parties also fall short in continuous communication with media and this makes it difficult for media houses to gather much to support planned initiatives.

This is one of the big issues that is facing the entertainment industry in the Eastern Cape and it is advised that the above mentioned bodies should link as much as they can with local media.­