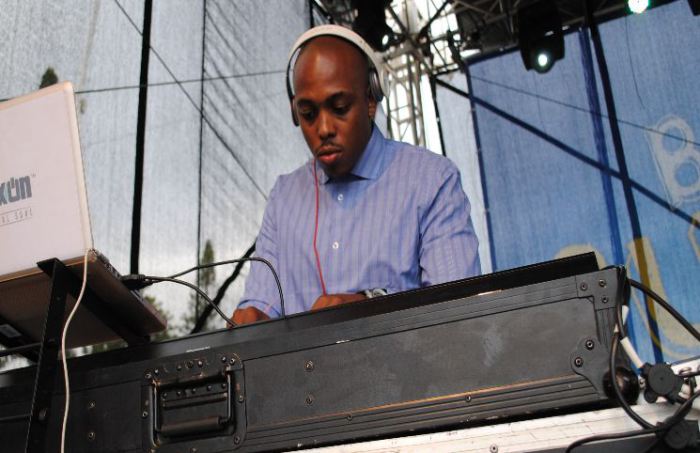 Mobi Dixon is an East London based producer and house DJ who is currently the second fastest selling artist in the province, as of December 2014 after the Soil (Music Mix). Immediately after his release of City Rains with M.Que he received recognition from countless platforms across the country, thus making him one of the fastest growing artists in the country.

Check his latest music video that is being play listed on a number tevelesion stations such as MTV and Channel O.

This former Selborne College pupil does not take what he does lightly and that is evident in the amount of time he puts into his work. Under his belt, this popular East London DJ holds a Sound Engineering diploma, two IT diplomas, Music Business and events management certificates. “I am a firm believer of education said Mobi Dixon”. When the hip hop evolution started in East London in the late 1990s, Mobi was one of the youngest beat makers in the city. Popular artists like Trusenz and Triple M were one of the few that used his beats. At some point of his life Mobi was also a rapper but the production side of things has always fascinated him. “Production is my 1st love followed by DJying.” When house music took the country by storm in the early 2000s Mobi started making house beats which circulated amongst his friends all from his PC and headphones at home.

After matric in 2003 Mobi wanted to pursue a career in music but like most parents they were sceptical to let him do that, instead they wanted a more stable career that provided security for the young man. He enrolled in IT at Damelin College in East London. After completing his one year diploma, he went on to study in Johannesburg. Mobi said that is where his love for music became real “I would rub shoulders with big industry DJs like Christos and Fresh as a campus DJ. Seeing them living my dream made me believe it was possible for me aswell”. While in university he kept on making music and exploring in the craft and it was only a matter of time till his passion took over his heart.

In 2007, he started his own recording label, Dance is Kulcha Records until 2014 where changed it into a production company called “Mobi Dixon Productions” with his home studio. He said when he was still in Johannesburg he realised there were not many Eastern Cape DJs making noise in the industry.  “I decided to come back and nurture unearthed talent in the Eastern Cape; I was not feeling our music presence nationally. I came across very talented people that I’ve worked with the likes of Asanda Msaki Lusaseni, Sipho Mtsatse from Wise Fools, Unusual Suspects and Transkei Republic,” he said.

While he was still a Sound Engineering student in 2008 he got his 1st big break when he won the AXE/DJU remix competition. He took the crown for the best remix out of over 500 delegates who were part of the Southern African Music Conference that year. “This was a major milestone in my career as I got more recognition and was introduced to DJ Sbu, Oskido and other DJU members Vinny Da Vinci, Greg Maloka, Christos and DJ Fresh.” This open doors for the youngster and he got the opportunity to start releasing his music and playing at bigger events.

In 2012 Mobi was one of the fortunate producers and DJs around the province to receive a major boost from the DJ Oskido-I-believe initiative in partnership with the National Youth Development Agency. This empowerment programme equipped him with a better studio at his East London based premises. The three year initiative has also helped him with business development and management skills. Personal mentorship from Oskido has helped him learn the tricks of the trade and got him a licensing deal Vetkuk vs Mahoota. “My song Wezintsizwa blew up on the Oskido-I-Believe radio show and all it took was a call from Kalawa Jazmee boss Mahoota to get the deal.” Mobi Dixon was part of history in the making as Vetkuk and Mahoota’s album reached double platinum and is arguably the biggest house release out of 2012.

Although Mobi is a producer and DJ, he said he did not regret studying and equipping himself with all the relevant skills he has acquired over the years. “Even though I briefly worked in an IT office, all these things that I studied have played a significant role in my career. Everything I do revolves around my career. I work extra hard to get to where I want to be”.

The feeling I get when I entertain crowds is the most amazing experience as my audience sing along my songs and that is so amazing. 2014 was my best year ever as I exceeded my goals that I planned to achieve.  This year my team and I plan to elevate the Mobi Dixon brand through music, events and merchandise.

My biggest moment was when City Rains went viral on social media then go louder than loud on radio with high rotation airplay. I was anticipating moment because it all started with a slow build up and City Rains went all the way to reach more miles and people appreciated it. Tribal Soul and City Rains still have a lot of room to grow as much as breaking more records and this is a good blessing for me to grow them further. The official CD launch to my album is still to come this year and I want to span it across the country, and I also plan to have my first gig outside the country. As far as music goes I have collaborations line up with these great artists; DJ Anda, DJ Terrance, Fistaz Mixwell, Blomzit Avenue, Sphectacular and DJ Naves. In terms of New Year’s resolutions each and every year I set new goals to achieve – and some of my top goals this year is to receive a Metro FM and SAMA Awards nominations.

To keep in touch with Mobi Dixon: