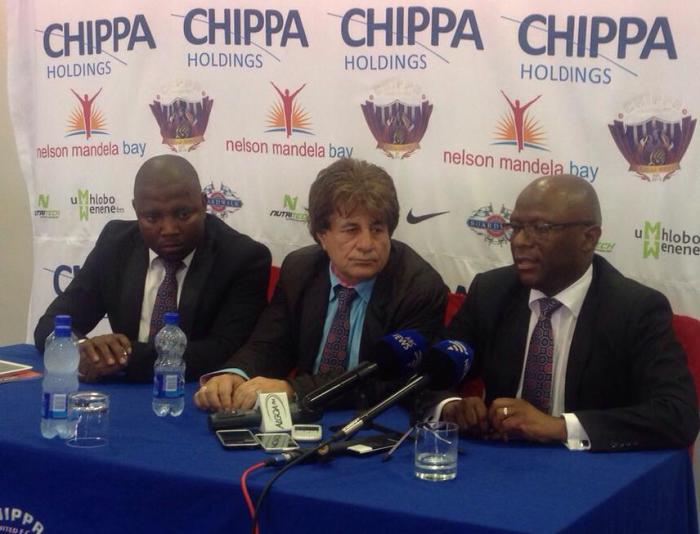 The former Kaizer Chiefs PRO and Communications Officer Putco Mafani is the new Chippa United marketing, branding and communications manager.  Mafani who is currently co-hosting the breakfast show, BEE at Umhlobo Wenene FM, has signed a three to five-year contract with the Chilli Boys.

Chippa United CEO Peter Koutroulis says, he is very happy that Mafani has joined the team.
“I know Putco from his days at Chiefs,” Koutroulis said.
“He is a man who is full of energy and knows how to bring people of all ages to the stadium.
“He knows how to market the game and that is what a soccer club needs today.
“At this stage I think he is the right man to bring more supporters to fill the stadium, especally after our recent good run,” he added.

Chippa chairman, Siviwe Chippa Mpengesi said Mafani will be tasked to grow the club’s brand with stakeholders, the media and residents of the Eastern Cape and creatively make the club’s home games a compelling experience to be in. “Since the opening of the season which coincided with our move to the Eastern Cape we have been mostly focusing on the club’s on-field strength plus stability, and now that we seem to have found our rhythm, the next best thing was take our management and administration to another level.

“The Chippa United brand is a growing and aspirational brand, so we thought a person of Mafani’s calibre would be ideal to help take us there with his knowledge, talent and experience,” said Mpengesi.

Mafani said he was delighted at the opportunity to be part of the young and aspiring brand. “I remember I was one of the people who was excited when I heard that Chippa United was coming to Port Elizabeth because it then gives me an opportunity to put back the knowledge that I have learned from Kaizer Chiefs, and from being in the local organizing committee of the World Cup.

“Teams are showing them respect and gone are the days when they come to Port Elizabeth expecting to walk away with three points.
“We have a young brand with lots of potential and I will be focusing on the brand of Chippa United, from promotional items to promotional merchandising, generally just making sure that the public can access this brand easily.

He added that his relationship with Umhlobo Wenene will not be affected by his move.
“As you can see the station is a strategic partner of the Chilli Boys, and this will make my work even more enjoyable – I am glad I will be able to carry my many listeners over.

“I want to get those listeners who support other clubs in the Eastern Cape and beyond to support Chippa because this is our club, our team.

“As you all know the Chilli Boys are hot and it will taste like hot samosas here when clubs, even the big ones, come to play us at home,” said Mafani.