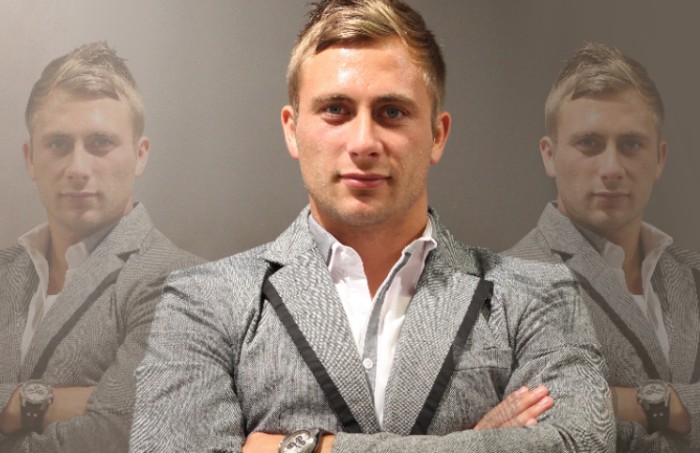 Shannon Rick is a 24 year-old talented and professional and rugby player who currently plays for East London’s Border Bulldogs. With him the Bulldogs have won two games in a row already, thus changing the losing curse the Bulldogs have had in the past to an awesome winning streak.

The East London born rugby player have always loved sports and enjoyed a lot of swimming when he was at a very young age. He studied in King Williams Town Dale College boys high school from grade one up to grade 12.

It was around middle of his matric year that he had to make up his minds about what he wanted to do with his life. He knew that going to university and doing some degree wasn’t a route he would like to take. He applied to the Sharks Academy and as hard as it is to get in one had to prove himself. He had been one of the best players in the Dale College’s first team along other good players too. Him and four others from Dale College got accepted in the academy.

“You know other guys my age opted for university, which there people need to learn to behave and limit and train themselves more discipline because there’s girls, there’s booze, there’s drugs and all those bad stuff. I’m not saying they’re are wrong and I’m better because those are all ways of learning. All mistakes we make help us learn.”

Upon reaching the Sharks academy he had to completely change his lifestyle. He had to be more disciplined and learn to push himself to his utmost best. Plus his Marketing management studies were not making things easier.

“When I was still in Dale in terms of being disciplined and it was all about having manners, being a diligent and a good boy; but being at the academy it meant giving what you do your all so you can be the best.”

He further says, “I had to compete with 5 more guys who were the same position I play, the scrum-half, and we had to fight for that one spot on the team and these were guys who were actually more like me. They’ve all played First team in their previous schools like I did. It was time I bothered myself with things that didn’t really matter while I was at school; like eating the right food, doing the extras, training hard and even waking up to go running on a Sunday morning when I actually don’t feel like it. I had to push myself and set a strict regime and followed it.”

He has represented the Sharks on the under 19s’ and under 21’s and on Vodacom cup level between 2007 and 2010 before making his way back home to Eastern Cape in Port Elizabeth to play for Nelson Mandela Metropolitan University for Madibaz in 2011 Varsity Cup and also played for College Rovers in while he was still in Durban last year.

His hard work paid off when he impressed the Griquas’ coach Abrie Minnie and was taken to join the team for the 2012 Currie Cup season. He has also represented the country when he played in the South Africa University 7’s rugby camp in Morocco and Dubai.

Shannon says it was one of the best moments in his life when he was wearing the Springboks’ green and gold shirt and representing his country.

“It has always been a dream to play rugby and represent South Africa and I thank the Sharks Academy for the great start they gave me.”

Sinovuyo Ganto, a friend he met while going to play in Morocco says “Shannon is a very good guy, very nice to talk to and never judges. On the field he’s always motivating and a great leader.”

From the time I called him on a Saturday evening Shannon was just a chilled guy who was nice enough to agree to make time to meet us the following day. This proves that Sino really knows his friend because the first impression he made showed that he is an easy to approach person and very down to earth. Shannon has a beautiful girlfriend Kyla whom he’s been with for the past two years. On the same day we met they were celebrating their anniversary. He speaks so passionate of his girlfriend’s support and her being there for him when they are on a long distance relationship. While I asked what Kyla does and he smiled and said “Kyla is a professional dancer and a choreographer. She is also a Sharkette.” He makes an example by shaking and moving his hands up and down saying “the cheer leading pom pom girls” (we laughed)

Rick believes in getting the right foundation and that is education. He says everyone who wants to go further in their lives must make sure they go to school. Because with education one can go far in just acquiring information as to where they want to go.

We asked Shannon what does Freedom day mean to him? Because most times when you ask people what does Freedom Day mean to them? They will always tell you that Freedom Day is a public holiday celebrated on the 27th of April each year. They do not really know happened, why is there a day called such? Yet they’re mostly the ones that will rub it in your face and say “we live in a free country I can do whatever I like!” when you try to stop them from behaving irresponsibly or doing something wrong and sometimes illegal.

These are the people who don’t have a clue of how many people died trying to get them the freedom they are now proclaiming.

Freedom day serves as the remembrance of the first democratic elections held in South Africa on the 27th of April 1994 and is now celebrated each year.

With his parents moving from Britain to South Africa in the early 80’s, Shannon Rick believes that the apartheid stigma still exists in our country 19 years after our first elections. He says “for someone who was born when the country was still under apartheid in the late 80, it has never affected him or his family because they never believed in it.” He says he still went to school with his African friends and his parents did their businesses with people who were different type of people including black Africans and coloureds. Rick continues and says he still loves his African and coloured friends. He still loves all those who were his school mates since grade one and he believes that South Africans need to unite and live as a rainbow nation that we are and move forward together. He makes an example of unity through his work with the teams he’s played for, and says when a team is unified it focuses on the same goal and that is to win and also being attentive and obeying your superiors assists in moving towards the same direction.

He is still looking forward to playing for the national team and even going to play for an international team not only to earn more money like other players would like but because he would like to follow his British roots since his parents are from Britain. He would like to play there for the support because one can play for a local team there and get massive support like they’re playing on Vodacom Cup level when you compare it to South African rugby.

To my surprise Shannon says he would be out on the bush hunting if he was not a rugby player. He loves the outdoors and being a professional hunter is his third love after Kyla and rugby.

Discipline, Diligence and Determination are what makes Shannon Rick what he is today and definitely what sets him an even brighter future.