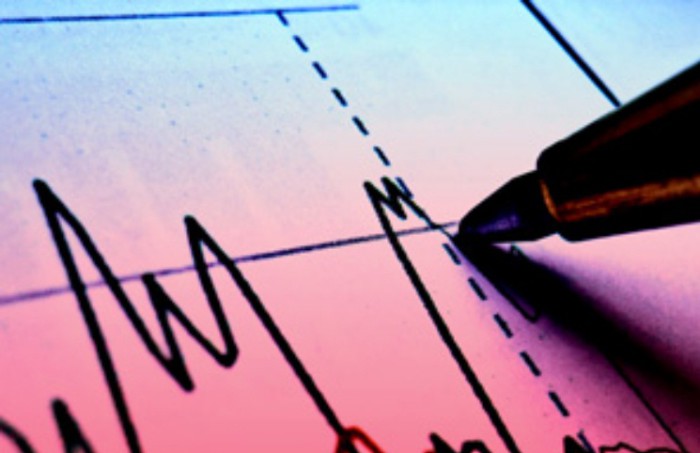 Most of Nigeria’s 170 million people live below the poverty line, so many complained they didn’t feel any richer when the oil producing nation’s statistics bureau announced on Sunday the economy had replaced South Africa as the continent’s biggest. Nigeria’s 2013 GDP was rebased up to an estimated nearly $510bn – a “pie” one and half times the size of South Africa’s, but feeding more than three times as many people.

Nigerian leaders hope the statistical revamp will help them “sell” Africa’s most populous market to investors, including mall-builders, manufacturers and retailers offering everything from processed foods and household appliances to luxury cars. But development economists argue that their attention should be on improving the health, education and incomes of ordinary Nigerians, many of whom struggle to feed their families.  In 2013, the Economist Intelligence Unit rated Nigeria the worst place for a child to be born out of 80 countries surveyed.

“Really what matters in the end is per capita, how well our individuals are doing,” World Bank chief Africa economist Francisco Ferreira said after the statistical change in Abuja. “I don’t want to rain on Nigeria’s parade … but what matters are living standards for everyone.” In GDP per capita terms, Nigeria is looking healthier than before rebasing: per capita GDP was $2 688 last year, from an estimated $1 437 in 2012.  Yet that masks growing inequality: at around 60%, absolute poverty in Nigeria is stubbornly high despite five years of average 7% annual GDP growth.

But are better living standards for all really what matters to investors looking to cash in on a big economy?

On a per capita basis, Botswana, Mauritius and Seychelles are among Africa’s top five richest states. None has a population of more than 2 million, so they are admired but cannot claim heavyweight status when it comes to competing with other African countries for the attention of foreign investors. “Seychelles is the only African country listed under ‘very high human development’. But when did you last hear Seychelles mentioned during discussions on global political economy?” commentator Azuka Onwuka wrote in Nigeria’s Punch newspaper. “A high GDP means external … investors pay more attention. The US and Europe no longer look down on China and India.”

Nigeria’s potential is predicated on its large population. Economist Jim O’Neill notably included it in his Mint group of countries, alongside Mexico, Indonesia and Turkey, which he thinks will join the Brics (Brazil, India, Russia, China) he named as the emerging economies shaping the world’s future. All have large, swelling populations, with a demographic bulge around the soon-to-be-most-productive younger generations. For businesses deciding where to invest next, a consumer market of 170 million beats the Seychelles’ 85 000.

“Size matters,” Oscar Onyema, chief executive of the Nigeria Stock Exchange, said. “Size means you will be able to do … projects you would not have considered in smaller economies.” For retailers targeting customers at the bottom of the socioeconomic pyramid, a national income spread around more households – lower GDP per capita, in other words – might actually be a good thing, many economists argue.

If you are selling washing powder or fizzy drinks, better a large number of consumers on modest incomes than a small number of wealthy. There is only so much cola most people can drink.  For Kenyan industrialist Manu Chandaria, chairperson of Comcraft Group, which sells ironware, including corrugated roofs and pots and pans, Nigeria has massive potential. Comcraft is in 18 locations there, despite the fact that its Nigeria manager has been kidnapped three times by criminal gangs – a common risk facing businesses in southern Nigeria.

“Nigeria is just colossal,” he told the Reuters Africa Summit in Nairobi. “Everybody needs to eat. Everybody needs shelter … Anybody that brings in money needs a pot to cook in, they need a roof – so we are in the right place.”.

Higher up that pyramid, living standards matter more. In this regard South Africa, which still has poverty but also a big middle class and an advanced consumer society, beats Nigeria.  Africa’s top energy producer relies heavily on oil, which tends to concentrate wealth in an elite at the top of the social scale – good for luxury goods firms like LVMH and Porsche, both of which have thriving operations in Nigeria. But retailers targeting a broader consumer class say Nigeria still needs better infrastructure and a more diversified economy to achieve its full potential as a mass market.

“Until the country invests more in infrastructure, invests more on other activities outside of oil, until that starts to develop the economy … I think the potential is not like it is in South Africa,” said Mark Turner, Africa Director for Massmart Holdings, a unit of US retailer Walmart.

Massmart currently has two stores in Nigeria, with another opening in the coming weeks – compared with 300 in South Africa. Turner said he could see the company opening as many as 15 stores in Nigeria, if the country could deepen development. Yet the market attraction of Nigeria’s growing middle class is already there – Shoprite just opened a store in Kano, despite the threat of an insurgency in the north, and a Massmart ‘Game’ store will soon join it there.

But Nigeria’s growing inequalities add to “political risks, as a result of perceived marginalisation”, said Razia Khan, chief Africa economist at Standard Chartered Bank.  Unless something is done to lift the impoverished masses, the risk of social unrest, already being reaped in a bloody insurgency in the destitute northeast and oil theft in the south, will grow.