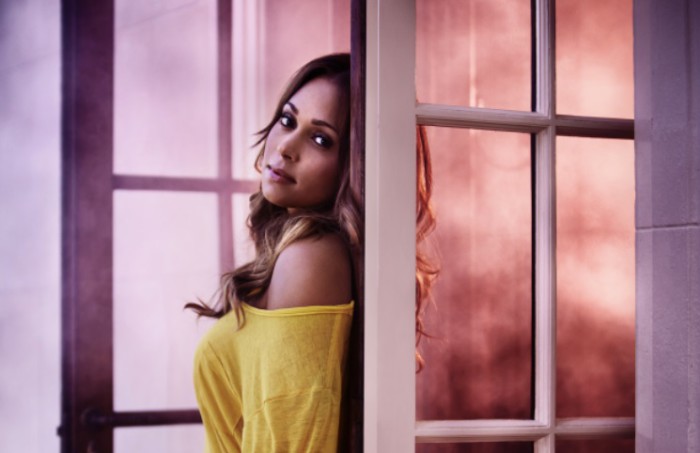 Soul singer and six-time Grammy nominated performer Tamia Hill began honing her stellar voice when she was still a child growing-up in Canada. Living near the boogie down city of Detroit, the then-budding talent was exposed to that city’s rich musical history through its deep gospel tradition and booming Motown sound.

“I feel a connection to all types of music,” Tamia says from her home in Florida. “From soul to country to gospel, as long as the song has a good story, I’m hooked.” Citing Phyllis Hyman and Chaka Khan as influences, Tamia strives to bring freshness to the soul arena. From her brilliant debut single “You Put a Move on My Heart,” produced by Quincy Jones in 1994, to her more recent song cycle, Tamia possesses both a hypnotic charm and timeless voice.

In her accomplished career, Tamia has collaborated with a diverse roster of artists including Babyface, Barry White, Missy Elliott, Rodney “Darkchild” Jerkins, Gladys Knight, Eric Benet and Gerald Levert; in 2003, she recorded the #4 Billboard Hot 100 Chart hit “”Into You” with rapper Fabolous.

With the release of her fifth studio album Beautiful Surprise, the singer aurally explores various genres of music, blending her special passion with each style and making them her own.  Having recruited two-time Grammy nominated songwriter/producer Claude Kelly (Bruno Mars’ “Grenade” and Kelly Clarkson’s “My Life Would Suck without You”) as her co-executive producer on Beautiful Surprise, the two worked hard to create a project that is as diverse as it is soulful.

Tamia will travel to South Africa with her band and perform hits from all her albums.