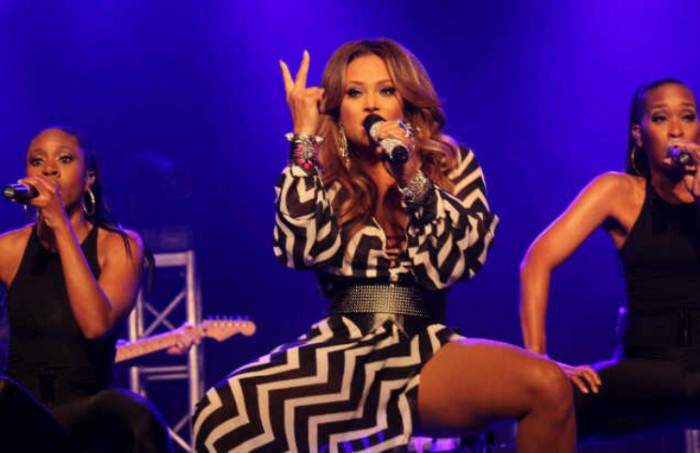 The Marmalade Productions, in partnership with The Boardwalk and the Mzansi Music Channel presented the “Beautiful Surprise Tour” live at the Boardwalk ICC in the Nelson Mandela Bay on Wednesday evening, with the Canadian born singer and songwriter, Tamia. She is known to have worked with the music legend Quincy Jones. The performances were held in three different cities, and the city of Port Elizabeth was the first city to have tickets sold out for the event. Among the songs she performed during the show included “Poetry”, “Officially Missing You” and “Still”.

The Canadian-born vocalist’s worked with artists like Babyface, Barry White, Missy Elliott, Rodney “Darkchild” Jerkins, Gladys Knight, Eric Benet and Gerald Levert during her almost 20-year career and is best known for her singles ‘Stranger in My House’,  ‘So into You’, ‘Officially Missing You’ and ‘Beautiful Surprise’ (off her 2012 album).

Though, those with a few more years behind them will remember when this beauty first teamed up with the inimitable producer Quincy Jones to set the charts ablaze with her cover of the 1993 track by Mica Paris ‘You Put A Move On My Heart’.

Tamia’s love for music started at the tender age of six when she performed on stage at her local church. By the time she was 12 years old, the youngster had already starred in a number of musical productions. After honing her vocal skills and studying piano with renowned Ontario muso Eugene Davis, who encouraged the young star to pursue her dream, Tamia attended the Walkerville Collegiate Institute, a drama, dance, visual arts, media, and vocal secondary school in Canada.

The Beautiful Surprise album sees the singer tackle a number of different genres while infusing each song with the Motown flavour that put her on the map. In Port Elizabeth Wednesday the 30 April 2014, Tamia got both young and old crowds singing and dancing along to their favourite songs one after the other. She closed off with the hit which was loved by everybody, “Beautiful Surprise”. It was most definitely a glamorous and romantic event for happy couples and to those who were single and will forever be a memorable one for them.