Home ISSUE ARTICLES The background and the story behind Berita 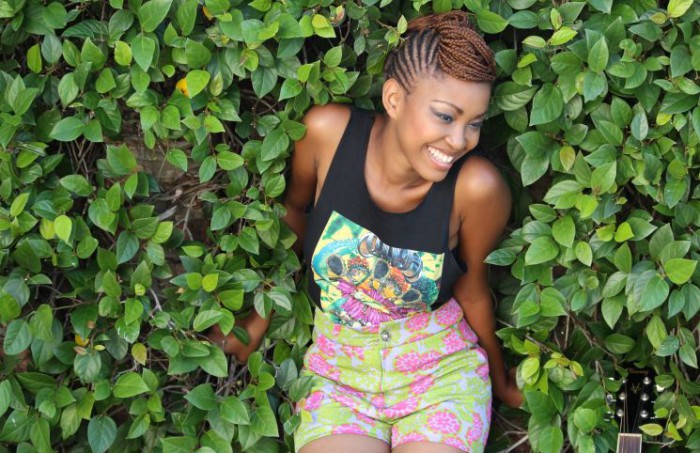 How many times have you heard about an individual who is daring and brave enough to leave her residential country, her family basically her all and travel thousands of miles just to answer her calling? Gugulethu ‘Berita’ Khumalo, 21 One of the bravest people I have ever met.

Born in Bulawayo, Zimbabwe on the 27th June 1991 Berita, as known by in the music industry; grew up a lovely and a smart child that was loved and cherished by her teachers, under the wing of her loving and spoiling Grandmother. Masganda, as called by her family members, chose to come to South Africa at the young age of 20 to pursue a career in financials since she has a dream of becoming a known and a successful business woman in the future.

In 2007 Berita and her family had to move and leave Zimbabwe for New Zealand. She recalls that she spent her sixteenth birthday on the flight on their way there. Like all places in the world it is always a challenge to fit in; in a new and a different country, province, town and even school. This brave young woman Berita is a believer. She believes that God places you somewhere, anywhere, but wherever He puts you He has reasons and only Him knows those reasons.

“I love music, I love life and I know wherever I go God will have sent me there for a reason.”

A woman of faith I see in her, as she sat in a chair in front of me and glimpses of light from her hostel room window showing over her head making her look like she has a halo and little sparkles under her chin making her welcoming smile shine even brighter, she smiled and turned back looking at me paying attention to my question as I asked her “are you single or taken?” She starts laughing and says “wow! I didn’t expect this question, but I don’t think those are things to talk about in magazines nje.” “Honestly I don’t have time for relationships. I am too busy, my music and studies keep me very busy.” Berita believes that relationships are sacred and special.

“Relationships are not what today’s youth think they are, they are more irresponsible.” She talks about a song in her album, track number seven called “Mwana wa mai” saying “the world we’re living in is round and round, nothing new its all been done before” she says she wish that people her age could try and build meaningful relationships because a lot of relationships she sees around her don’t last and to be honest she hasn’t been motivated to get into a relationship.

She then let me get a glimpse of imagination when she paints her understanding of success in her own world. She says in her understanding, she thought success meant being famous, being able to sell records and make money but then she realised that success means being able to touch souls with your music as an artist. Berita says she will consider herself successful when she has produced at least ten albums and people still love her music and also when she’s gone international and her music is loved globally, when she is able to be an inspiration to others.

She says the best advice she got was when she promoted her album in Johannesburg when she came across the very wise Solly Mahlangu who said to her “when God rewards you He doesn’t reward you for your talent because He has already given you the talent but rewards you for faithfulness to the talent He’s given to you” so she will deem herself successful when she’s proven to God that she is faithful to her talent and faithful to what He gave her.

Berita grew up believing that she could be anything she could be. Her songs meander through a life journey telling stories of womanhood, childhood dreams, falling, keeping strong faith and then conquering. Her voice is on a magnitude of its own, so soulful you can almost touch it. She has been compared to jazz giants like Jill Scott. She has since performed with well renowned artists such as Thandiswa Mazwai, Siphokazi, Thembisile, Unathi Msengana, Brian Temba, Zonke, Ringo, Ntando, Camagwini, Bongo Riot, DJ Zintle, Doctor Malinga only these to mention a few. Having performed on one of the 2012 SATMA and Buyel’ekhaya stages is another overwhelming experience that one cannot shy away from. She has appeared on many publications around the country and did interviews in radio stations which were all happy to play her current single ‘thandolwethu’ with the most overwhelming moment for her which was having the opportunity to work with the legendary DJ Oskido of Kalawa Jazmee Productions from Johannesburg. DJ Oskido was amazed by this young talent’s work and decided to remix the single into a house version. After being nominated for two of the 2012 Music Metro Awards (MMAs), Berita together with her management team set out on a tour across the country. She believes the nominations gave her a chance to connect with her fans.

“I travelled a lot of different places around the country and I kept close contact with my fans on the social pages.”

She also shared some insight about three of the love songs in her album Track 1: Tell me you love me, Track 2: Ndicel’umamele and Track 9: Awu mntwanomuntu.

I asked her to tell you readers about the message she was trying to convey to her fans with these songs especially since recently we’ve just passed the month of love.  “Tell me you love me is about somebody telling you that they love you that they love you and you feeling so good about it, you want to hear it again and again. And when I sing it I have fans telling me they love me *laughs* again and again. It brings about the feelings one feels when told they’re loved, feelings of happiness because everybody wants to be loved” says Ma-Khumalo.

With Ndicel’umamele she says it started as a guitar melody then one day words just flowed out. She adds on saying at first it was just a song about her trying to ask people to listen.

When I asked her if what does she think about relationships out there these days, if does the rule of the one and only chosen one? She said “That is something I learned from my parents, to be faithful no matter what! And that’s what I want to preach to young people in relationships. Faithfulness, Respect and love in its purest form. That’s what the song talks about. Unfortunately in this day and age it has become a norm to be unfaithful, I don’t know why and how it how it started but its very unfortunate.”

Moving to the third song we chose Awu mntwanomuntu, which she says its a song she wrote when she was in Butterworth looking around herself and wondering what she really needed and then came to a realisation that what she needed was to find true love “at least when the time is right. I like the song because it goes on to say ‘ndiyazi lunqabile’ which means its rare to find.”

She finished a sentence for me which goes like:-

Valentines to me, means. . . “That day for me like in high school when boys came in to class with roses and gave them away and I always knew I’d go home empty handed”.  Berita is also an attestation that with perseverance and endurance comes fruits. With her management team, Beat Magazine team, and her fans’ support, Berita brought back home an award for Best Afro-pop Album. It shows that all our votes counted.