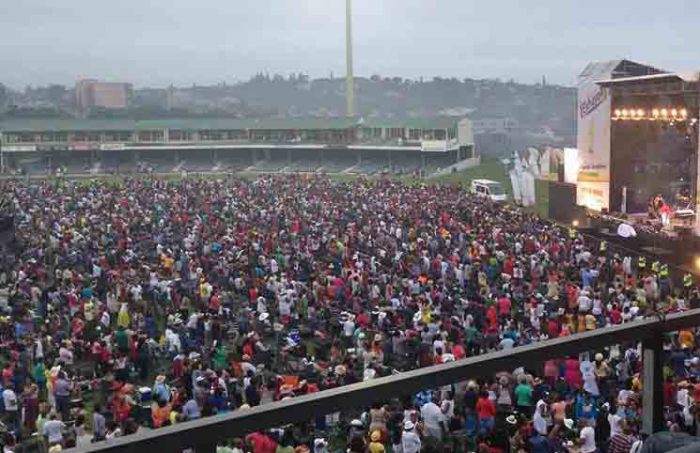 EASTERN CAPE government has tried everything in its power to promote and market itself as a preferable destination. The province went as far as hosting South African Traditional Music Achievement Awards (SATMAs) for a period of 3 years, but still no achievements received to boost the image and the ever developing entertainment industry. This is not something new, due to the fact that even government supported events like Buyel’ekhaya Music Festival do not recognize local talent to a degree that is developing the Eastern Cape’s entertainment industry. Each and every year, preference is given to national artists, leaving local artists attending as spectators in their own province. This year this led to a number of social network campaigns where locals were timing on boycotting events that leaves locals out.

One may argue and say that all major events that are happening in the province are backed by national artists than the development of Eastern Cape entertainment, even though our government supports them. During this time of the year, Eastern Cape artists feels so neglected  to see events happening in their province with no way to participate and be paid to be on the big stage. Big question is: “What needs to be done because no one can claim glory in the name of Eastern Cape entertainment development, because all major events exclude our local artists from their lineup. Who to blame for this problem [government, local artists, event organisers or artist managers]?

Eastern Cape has produced a long tale of national superstars who are dominating nationally in the entertainment industry but the province is still failing the stress of little or no development. Entertainment personalities like Vusi Nova, NaakMusiq, Heavy K, Zizo Beda, Nambitha Mpumlwana, Zenande Mfenyana, Zolisa Xaluva, Luthando Shosha, Zahara, Siphokazi Maraqana, Loyiso Bala, Lulo Café and Unathi Msengana to mention a few. All of the above mentioned personalities are from the Eastern Cape but they reside in Johannesburg in search of better opportunities for their careers and development.

On the other hand, Eastern Cape citizens also support national acts more than local artists, for instance there are so many events organized locally with only local artists and people do not attend them unless it has big names. The blame cannot be placed on government and organizers – where as the public perceive nationals as of value for their money to support. Organisers look at the demand, then supply to that need simply because national artists draw attention and numbers to events.

One of the Arts and Culture officials stated that Eastern Cape artists are not easily accessible for instance there is no database where you can look for them. We highly agree with his statement because we tried to make everything in the province to be easily accessible by creating a database of artists but very few artists responded to the call. Local artists are very difficult to find and that makes it difficult to even consult, this results to national artists being the best solution.

A better solution to this problem is to have a centralized database system to be shared with all the stakeholders across the province. BEATMagazine – is championing this campaign with dedicated spots to accrue better strides for each and every stakeholder within the entertainment industry in the province.

Secondly, media and entertainment are supposed to be interlinked because they support each other to bring about benefits. Artists and other entertainment related bodies should inform media about their routine, make it a point that you keep magazines, newspapers, blogs and radio stations involved to your plans before releasing any information. To foster development the two cannot operate separately.

The final curtain came down for the Eastern Cape as hosts of the national traditional music awards ceremony at the weekend. This year’s glamorous South African Traditional Music Achievement (SATMAs) Awards event was held at the University of Fort Hare in Alice, where a host of artists were honoured for their contribution to traditional music.

What is your point of view regarding this topic?