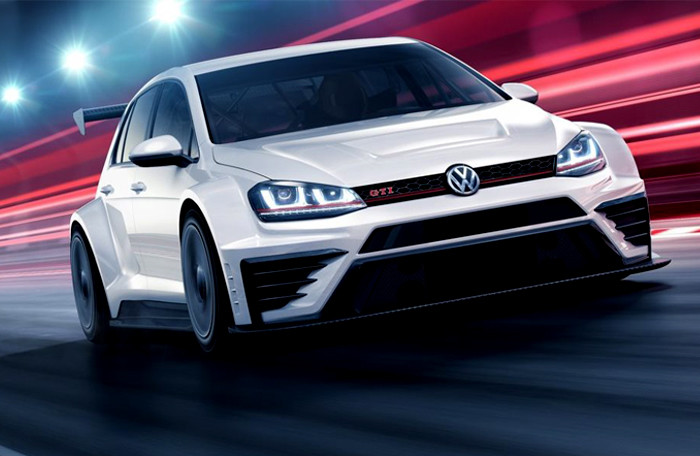 Enthusiasts have been racing the Golf since the first GTI was released 40 years ago and this trend has been growing as the moniker has evolved into its seventh generation. Now, with the help of Seat, Volkswagen has further developed the model used specifically for customer racing, labelled as the GTI TCR which began competing in the TCR International Series last year. The 2015 Liqui Moly model saw a successful season after winning its second race at the Red Bull Ring in Austria. Volkswagen hopes to build on this success with the 2016 model.

The GTI TCR is still visually striking as it possesses a lot of the design cues found in its Gran Turismo Vision Concept. It makes use of racing grade 18-inch rims with Michelin tyres, a width increase of 400 mm on the chassis and several aerodynamic equipment such as a front splitter and carbon rear wing for optimal handling and traction. Not much has really changed in this department in comparison to last year’s model.

Within the cabin racers will be able to make use of the usual racing seat with head protectors and racing safety cage to conform to FIA regulations. Stopping power will be granted by a 360 mm front and 310 mm rear high-performance braking system. The steering system has also been revised.

Powering the GTI TCR will be Volkswagen’s trusty 2,0-litre turbocharged four-cylinder engine delivering 243 kW and 410 N.m of torque. Power will be transferred to the front wheels via a six-speed sequential transmission with steering wheel shift paddles. This will be good for a 0-100 km/h time of 5,2 seconds and a top speed of around 230 km/h.